German Movies On Netflix For Your Studying Pleasure

Did you know that Germany was one of the very first markets that Netflix expanded into?

That’s because Germans love movies, and they’re good at making them. (They like watching American stuff too).

LingQ now allows you to import Netflix content directly into the platform! What better way to celebrate than by loading up some fabulous German films? With these films, you won’t be bored for a moment while your brain soaks up the German. 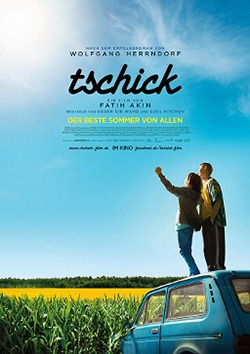 It’s not the sound of a camera shutter, it’s a nickname. Directed by the award-winning Fatih Akin and based on a bestselling book, Tschick is about two teenagers who face the prospect of another lonely summer with only dysfunctional family life to keep them occupied.

Until one of them steals a car.

Then it’s time for a coming-of-age road trip from Berlin to Eastern Europe, where they run into quite a few eccentric characters. If you’ve read the book (Goodbye Berlin in English) you’ll appreciate the attention to detail in the set dressing and the dialogue. It’s tough to adapt a best-seller, but here they pulled it off. 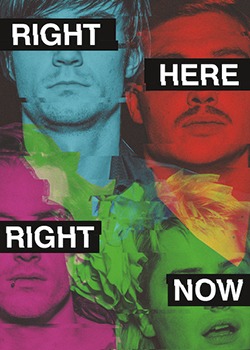 Adapted from a novel, this film is set on a single New Year’s Eve. Loosely, it’s about a nightclub owner in Hamburg who can’t seem to enjoy the evening. Why’s that? Because his club is going to be torn down the next morning!

The plot has elements of the absurd (Elvis makes an appearance) but on the whole, this is a very good film about the last chance to shine, for both the club and its owner.

This is a particularly interesting black comedy done as only Germans can. One thing you should know for sure though before you start out is that it’s very much a Bavarian film, meaning Bavarian dialect and accent is prominent throughout. There’s no shame in watching with subtitles!

The premise is that a troubled eleven-year-old feels guilty for his mother’s death, and in order to avoid the fires of damnation he looks for immortality. How does an eleven-year-old think of living forever? Through making impressions on others, including flirting with his teacher and figuring out the best way to be reincarnated!

You pull off your heist, you stash the loot, and you get away–only to end up in the slammer anyway. When you get out, you head to where you buried the cash, and it turns out that a school has been constructed directly over it.

It’s not an everyday story, but it is the story of Zeki Müller, who solves the problem of access to the campus by applying for a job as a janitor. Unfortunately, things go awry and he is hired as a substitute teacher for an extremely rowdy class. This light comedy movie was expanded into two further sequels following the misadventures of the German youth. 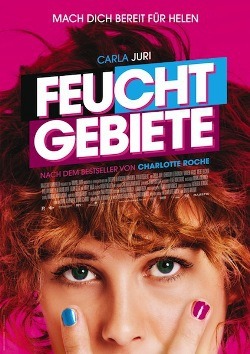 Oh boy. This is a film that will stay with you for sure.

Helen is a young woman who believes that hygiene is overrated. When the world zigs, she zags, and one day a painful (cringeworthy, even) accident leaves her in the hospital. During her stay there, she falls for a handsome nurse, and the experience of being there helps her work through her own personal issues.

The band Von Eden recorded some original music for the soundtrack, and it’s really excellent stuff. They even went so far as to record a tutorial and put it on YouTube!

One More Hint For German Netflix

We already gave away at the start that you can now import German movies into LingQ. But we have one other tip for you that can supercharge your German immersion: audio descriptions.

If you have your Netflix account set to German, scroll all the way down to the bottom on the main page and click on Audiodeskription. This will bring up a short list of films and series that have an alternate sound track where a narrator explains what’s going on in each scene for the visually impaired.

This is an amazing way to fill the silence in a movie you’ve already seen before. After all, when you’re studying, sometimes you want to experience as much German as possible!

Immersing yourself in German doesn’t require you to travel abroad or sign up for an expensive language program.

However, it can be a bit tiresome to find interesting content, go back and forth between sites, use different dictionaries to look up words, and so on.

That’s why there’s LingQ. A language app that helps you discover and learn from content you love.

You can import videos, podcasts, and much more and turn them into interactive lessons.

Keep all your favourite German content stored in one place, easily look up new words, save vocabulary, and review. Check out our guide to importing content into LingQ for more information.

LingQ is available for desktop as well as Android and iOS. Gain access to thousands of hours of audio and transcripts and begin your journey to fluency today.

Alex Thomas wears many hats when it comes to languages, including translating, teaching, voice recording, and writing. He currently lives in the USA.

5 Korean YouTubers That You Will Love!

Want to learn a language? I SPEAK 20 OF THEM